The weather is warming up, the birds are dancing and chirping, the snow has finally melted and the sun is starting to shine brighter. All of this can mean only one thing: Summer is just around the corner. Swimming, hiking, biking, warm sunny days, thunderstorms, flowers, green grass, and driving with the windows down are all a few short weeks away, and with all this glory also comes a change in wardrobe.

I was never the kind of person that deep down cared about my appearance when I was younger. Mostly I just wore baggy clothes that hid my figure and were abundantly comfortable, and would randomly shave those ever-so-feminine parts of my body even though I didn’t really know why, except that everyone else seemed to do it and it was general knowledge that hairy women were considered repulsive. Never did I give that a second thought. 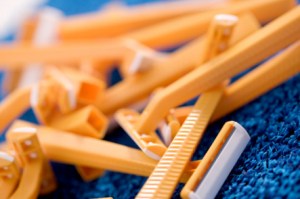 In my mid-twenties I met a group of people who would change all of this senseless thinking. I started dating a man who was peculiar, he didn’t find modern sexuality pleasing. He was, in my opinion, “old school” when it came to what he found attractive. He thought body hair was awesome, and at the time I thought that was crazy. He had a friend who was super excited to meet me after she found out we were dating. I remember that first time we ever met, I was in Washington Park hanging out with a group of people I didn’t know too well, and she rode up on her bicycle wearing some slick sunglasses, a tank top and a black skirt. She walked over and took a seat next to me, and we had a nice conversation in the warm summer sun. Besides her cool style, the thing I noticed most about her was her incredibly hairy legs and armpits. She had obviously not shaved in years, and she didn’t care who saw, she was just free and comfortable in what she liked and found attractive. Her confidence blew my mind, I was admittedly mortified and embarrassed for her at first, but she was so cool and tough I couldn’t harbor those feelings for long. After she left the park I overheard some of the other people I was sitting with poking fun at her, appalled at how hairy she was and what she was wearing. At that moment my mind shifted, and I knew that everything I had thought up until that point was totally and utterly flawed. 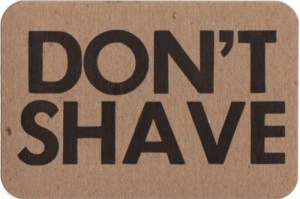 I took a serious cue from my wonderfully hairy friend and stopped shaving. At first I went a few months, got super self-conscious and shaved. For some reason I couldn’t shake the feeling that people were judging me harshly and that I would never find a partner that considered women with natural hair a huge turn-on even though I did. I continued on this track for a few years until I decided that I was confident enough in myself and my sexuality that it didn’t matter anymore. I enjoyed the way it felt to be hairy, I loved the way it looked and I reveled the comfort of no longer getting razor-burn on my most sensitive areas. This is the first summer that from the get-go I am comfortable, confident, and even excited to break out the tank-tops and short-shorts. For the past two years I’ve been able to liberate myself from the razor; I let my hair grow where nature intended it to grow, and I don’t care who sees. After all of this I can finally say that I love my body and all the hair that comes along with it. I feel empowered and unstoppable by the ruggedness of it, I enjoy the sense of freedom and carefree joy that it brings me.  If you’ve ever, even once, considered throwing that razor in the garbage and letting nature do it’s thing, I would strongly encourage you to let loose and give it a try. If it ends up not being your thing that’s totally understandable, but you never know until you try and if you’re experience is anything like mine, it will be wonderful.