As a U Albany student and a young women entering her twenties, I have been paying close attention to the recent laws passed in Arkansas and North Dakota that would ban abortions as early as twelve weeks and even six weeks respectively. At the same time I am getting involved and excited as the number of supporters of  Governor Cuomo’s Women’s Equality Agenda in New York continues to grow. How can one part of the country be focused on moving forward with women’s equality including reproductive health decisions while another part of the country wants to take us back forty years? 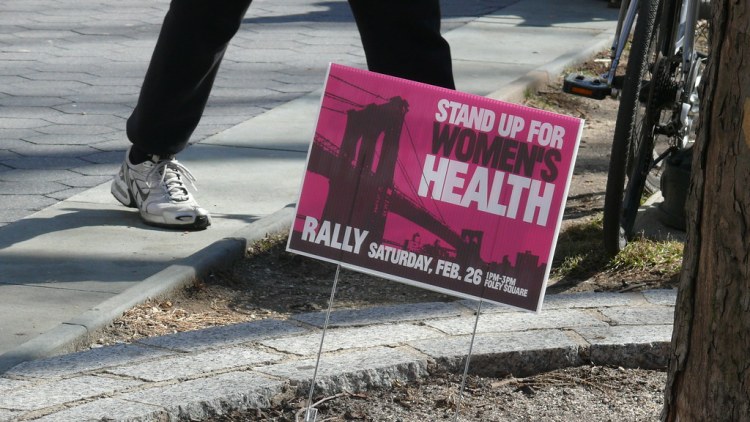 Gov. Cuomo’s 10-point Women’s Equality agenda focuses on many issues that women deal with in everyday life. The agenda aims to break down barriers and end discrimination, violence and harassment and ensure equality. These things are important to me and my peers. And the agenda has the support of over 80% of New York voters, according to a recent poll. But once again, the issue of reproductive health and decision making has become a barrier to passage of this important agenda. Opponents have focused on a small part of the agenda that deals with updating New York laws related to abortion so that this medical procedure is regulated within the health and not the penal code and so that our state law reflects the protections to access guaranteed by the U.S. Supreme Court decision Roe v Wade.

I have to wonder why so many legislators both here in New York and in states like Arkansas and North Dakota find the idea of women making personal informed decisions on how to get through a situation that will affect their health, life, and future to be too radical. I don’t know today if I would personally seek an abortion if I were to someday face an unintended pregnancy. But I do know that I can’t begin to speak or decide for other women. Each woman has triumphed through different hardships and deserves to make her own decisions about this very personal decision. Each woman knows what is best for her own health and that of her family.
What I feel lawmakers everywhere need to recognize is that they do not have to understand or even agree with the decisions a woman makes regarding her own health and well being, but they need to at least allow us to make our own decisions. Perhaps if we had more women legislators, we might have more acceptance of this fact.

For more information on the referenced Arkansas and North Dakota laws above, read more here: