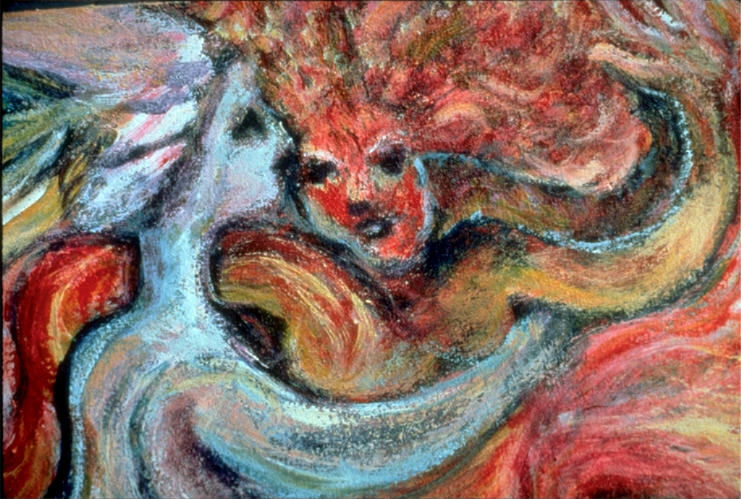 A few years back, I watched a movie, the title of which I can no longer recall, about a physicist who quit the field. But I’ve never forgotten the movie’s heartfelt message. The physicist moved to an island, a quiet, nearly deserted, place beside the sea, to raise her only child, a daughter. A male journalist visited to ask why she had abruptly dropped out of her stellar career. They walked along an empty beach as she explained how she felt that modern science was antithetical to her deepening beliefs. She felt led to focus on what she saw as a call to a matriarchal shift. Science that invented ammunition for wars and wrought the devastation of the natural world was a master she could no longer serve. She needed to serve her Mother, the Earth.

In the wake of Mother’s and, not so far off, Earth Day, to reflect on this shift is almost a given. I’m no science expert but I get the concept of the shifting reversal, or flip flopping, of the Earth’s magnetic field. A vital internal shift. I’m also fascinated by the notion of shifts in people’s minds. In my second novel, Iz’s Journey, Iz tells her lover, Claire, “Think of the Renaissance. It didn’t just happen like that. . . How could it? Hundreds of years of thought in people’s minds and in their little, everyday life built up to create that. It didn’t explode onto history.”  Collective thoughts and actions, such as when people come together to oppose the fracking that would destroy our natural resources, can lead to a global shift to honor the Earth. Our world can—even must—be transformed by deliberate and outspoken efforts to preserve our planet.

I recently attended my first Beltane Festival, an increasingly popular celebration of the fertile Earth.  Women, men, and children gathered to herald the last of three spring fertility festivals; to awaken the Earth with colorful pageantry from the long sleep of winter. Reclaiming our primal connections to the Earth will move us, like the planet itself, toward a more sustainable and less corporate-controlled environment. Water, for one, is a precious resource that global corporations already seek to control as a privilege–not a birthright from the Earth to all her children, human and otherwise. What next? Air?

Feminine energy, such as supporting and coming together in our women-centered spaces, can cultivate the kind of peaceful, non-destructive nurturing we need to reclaim. The Earth, I believe, awaits a vital matriarchal shift, often too patiently and, like the tender mother she is, is revitalized by our creative connections—external and within the spaces of hearts, minds, and the spirit realm.

Doreen Perrine has published two novels, Clara’s Story and the sequel Iz’s Journey, through Bedazzled Ink’s Nuance Imprint. Doreen’s short stories have been published in numerous anthologies and literary ezines including The Copperfield Review, Lacuna, Harrington Lesbian Literary Quarterly, Lesbian Connection, Queer and Catholic, Gay Flash Fiction, Read These Lips, and Queer Collection. Her plays have been performed throughout New York City and she is also an artist and art teacher who resides in the Hudson Valley region of New York. Her website address is http://doreenperrine.tripod.com/