Jac Mautner is an activist and member of Women Organized to Resist and Defend (WORD) – a grassroots women’s rights organization. She has worked on a wide number of campaigns and actions including those for queer and trans liberation, for women’s rights, and against police brutality.

Violence towards trans and gender non-conforming people is pervasive in our society and comes in many forms. A broad definition of violence includes daily struggles such as being constantly misgendered and having to choose which bathroom is safer to use. It includes discrimination in employment opportunities and housing needs leading to high unemployment and homelessness 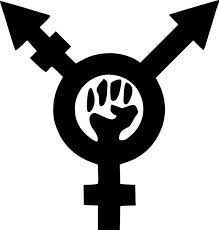 within the trans community. It includes difficulties accessing medical coverage and treatment due to misconceptions and bigotry amongst medical professionals and lack of insurance coverage for needed gender affirming care. It includes being constantly disrespected in the media. And of course it includes the high rates of suicide and the most hateful murders, particularly of trans women of color.

Every day I read through about a dozen articles that deal with transgender issues. While there are a growing number of writers that recognize the unique challenges trans and gender non-conforming people face and use their writing to spread awareness, there are many more that spread misinformation and hate.

Recently, California Governor Jerry Brown signed AB 1266. Dubbed the “bathroom bill” and set to go into effect January 1st, this bill is aimed to protect transgender school children. Most cisgender people – those who identify with the gender they were assigned with at birth – take bathroom use for granted. But the very real possibility of harassment that trans people of all ages face every single time we make a decision as to which bathroom to use speaks to the need for anti-discrimination and safety measures such as this bill. Despite such harassment, bathroom access for trans people has been a hotly debated issue even amongst self-identified feminists of various stripes.

It has also garnered a lot of attention from conservatives who use fear-mongering and misinformation to sway parents into thinking it would create rampant harassment of their children by transgender children as well as pranksters who might claim to be trans for a day. A search for “California bathroom bill” turns up almost all conservative news media with headlines such as “California Strips Privacy From Kids: The Co-Ed Bathroom Law,” “CA AB 1266: “Transgender” Bathroom Bill Gone Wild” and “Record number want ‘bathroom bill’ killed.” That last one is a bit misleading considering the results of a petition which is aimed at getting the bill put on the ballot in 2014 have not come in yet. Also, wishing for the bill to be “killed” is chilling considering the rising number of hate murders of trans women.

The petition, lead by a group calling itself “Privacy for All Students” that has ties to the infamous “National Organization for Marriage” (NOM) is meant to cause a Prop 8 style overturning of the bill. The group is using slogans such as “No Opposite Sex in School Bathrooms” and “Stop Co-Ed Showers in Schools.” This incorrectly gives parents the impression that the bill would throw open locker room doors to anyone regardless of gender.

It is meant however to protect those students like 6 year old Coy Mathis who was barred from using the girls restroom in a Colorado school, leading her parents to withdraw her from that school and file a successful lawsuit. Coy’s parents knew that she was a girl from early on, and have let her live her life as such – the proper response to what the medical community refers to as “gender dysphoria” – when the sex one is assigned at birth does not match their gender identity. There is no question that she is a girl, yet conservatives assert that “biological sex” and genital configuration trump gender identity. One Colorado school board member even went as far as to suggest that trans girls should be castrated before being allowed to use the facilities that match their gender identity – an outrageous claim in itself, but one that ignores the fact that transgender children are not allowed access to such surgeries until much later in life, as well as the fact that such surgeries are prohibitively expensive.

The skewed perspective that the media often presents pales in comparison to the ignorant and exceptionally hateful comments made by readers. Every transphobic slur in the dictionary of patriarchy are slung at trans women – it’s hard for me to even re-write such hateful comments here so I’ll trust that you know what I’m talking about. If not, just take a look for yourself, but be prepared for nausea. While such comments, particularly those found on conservative news outlets, are by no means a litmus test for the sentiment of the population at large – they do shed light on the kind of thinking that could be linked to the rising violence against trans and gender nonconforming people.

Although not the only contested physical space for trans people, bathrooms have often been the site of violent attacks. I remember around the time I was coming out a few years ago Chrissy Polis, a trans woman, was brutally attacked by two teens at a McDonald’s in Baltimore as she tried to enter the women’s restroom. The attack was caught on video by a McDonald’s employee using his cell phone. Re-watching the video, I remember the terrifying thought that at some point in my life, I may face the same kind of violence Chrissy did simply for trying to use the restroom. And for those who wonder whether it wouldn’t have been safer for her to use the men’s room – it’s not only extremely degrading, it is simply not a safe option for someone who identifies and presents as a woman.

As mentioned before, bathrooms are not the only site of bigotry and violence. It can happen anywhere, perpetuated by anyone – from a person or group of people walking down the street, to an intimate partner.

Just to go over some of the numbers released by the National Coalition of Anti-Violence Programs (NCAVP) for Hate Violence in the US for 2012:

―    73% of all anti-LGBTQ homicide victims were people of color

Reflecting on these statistics and reading about many of the murders of trans women of color – women such as Islan Nettles, Cemia Dove (also known as Ce Ce), Eyricka Morgan, and many more who all had their dreams cut short – brings tears of sadness and rage to my eyes. Having to read through articles which blatantly misrepresent trans and gender non-conforming people (identifying them by their legal name and using male pronouns when they are trans women or agender, labeling such violence as homophobia when it is clearly transphobia, etc.) just to get the story only adds insult to injury.

Despite Joe Biden saying that transgender rights are the “civil rights issue of our time,” we have a long way to go to overcome the overwhelming amount of ignorance, fear, disrespect, and hate that trans and gender non-conforming people face. I joined a women’s rights organization to be a part of a larger community of activists who have joined together to fight gender based discrimination and violence. We discuss the links between transphobia and misogyny, and ways to fight it at the personal, institutional and social/cultural levels. I urge everyone to link up with a local organization that fights patriarchy, the oldest form of oppression in history. The only thing keeping me from slipping into the mentality that I am powerless against such oppression is being with my sisters in the struggle who push me to become a leader and to take action against gender-based oppression. We owe it to all those who have come before us and who have had their lives cut short to do so.