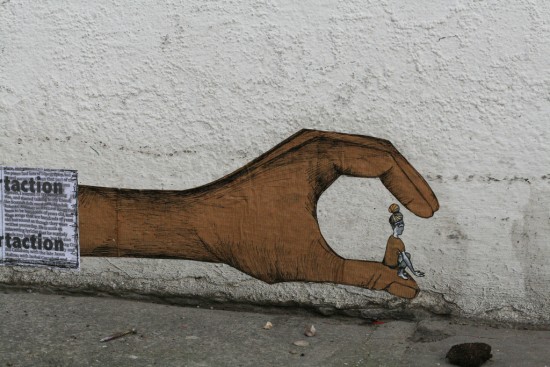 Every so often when I have a conversation with girls I know and feminism comes up, they’ll say something along the lines of “I don’t need feminism,” or “feminism isn’t relevant.” This obviously upsets me, not just because something I’m passionate about has pretty much been put down, but because of the fact that young women my age do need feminism.
The feminist movement tackles a wide array of issues, extending beyond the mainstream portrayals into areas that most people don’t even realize. Feminism focuses on everything from capitalism’s connection to poverty to giving single women and gay couples access to IVF practices. It also focuses on empowering young women. As a teenage girl every day I’m oppressed by society, especially by the media. It might not seem like it, but every day I face micro-aggressions from my male peers.
As a teenage girl I’m also forced to be constantly pitted against other women my age. For a while, I wrote a personal style blog and every so often would get an unpleasant email from someone saying I would never be like so-and-so, or I was too much like so-and-so. It was never about how writing a style blog connected people my age together who shared a common interest: getting up and wearing crazy outfits. It was about the prevailing belief that because we had similar interests we were in competition. It’s not healthy competition either, it’s subjective and it hurts. You’re told from an early age to lower your expectations because you’ll never be as pretty/smart/interesting as the other girls. You’ll be okay at some things but mostly you’ll be mediocre and you’ll have to accept it. This is perplexing because our society also places high pressure on girls to “have it all”. You can’t just be good at school (but not too good because god forbid you’d be smarter than one of the boys in your classes), you also have to be “pretty”, and “nice”. You have to conform to the most hollow standards as possible to complete what society thinks is the perfect woman.
Another issue that I face (and all of my peers that identify as women face) is constantly having to apologize. Whenever I say something a little too bold or maybe something “stupid” I have to apologize for my behavior. God forbid I’d be flawed, god forbid that I have convictions I’m passionate about. I’m as guilty of apologizing as anyone else. The other day I had to apologize for citing an article about radical feminism in class. The other day I had to apologize for wearing smudged lipstick, for not understanding how to do my math homework, for not having beautiful long hair. As young girls we have to apologize for not being perfect because perfection is the only thing we need to strive for. All of our efforts need to revolve around “getting your dream butt” or “making him notice you.” It’s about constantly confronting yourself and realizing you hate your body because it’s not perfect. It’s about realizing everything about your existence as a teenager and as a human being is a double standard. Your boobs aren’t big enough, your boobs are too big, you weren’t born with boobs at all and you constantly have to face a body that was given to you by mistake. You’re too skinny, eat more. You’re too skinny, you’re anorexic. You’re too fat, go on a diet. You’re too fat, you can’t be anorexic.
As young women we have to “know our place”. I dress the way I want to so as a result I get to be the quirky girl who does superquirky things and looks supercute when she gets all mad and passionate. Or, you could be the quiet girl, the sporty girl, the slutty girl, the smart girl. When you try to change you get “that’s a relief” or “you should go back to the way you were before”. It’s no one’s job to tell you that you can’t wear ugg boots and booty shorts and feel gorgeous. It’s no one’s job to tell you that you can’t be confident and beautiful wearing a hijab. Who cares if you’d rather reblog pictures of Sherlock than perpetuate courtship by going on a date? Young women should be as authentic as they possibly can to themselves and the only person who can tell them how they should look is themselves.
As a teenage girl what I also find myself facing more often than not is that everything I say is delegitimized. Teenage girls are equated with screaming over One Direction. Since we are young women we can’t be passionate about things that matter. We’re too naïve, we haven’t been in the world long enough to understand these issues. But just because I’m seventeen doesn’t mean I can’t have convictions. If anything, because of my age I have a perspective that should be appreciated. I should be able to gawk over how cute Ezra Koenig is and still be able to be angry and be strong.
Being a teenager is equated with being a narcissist, spending all of your time taking selfies and answering questions on ask.fm. We’re viewed as one dimensional. Selfies might seem stupid to adults, but do you actually realize that taking pictures of yourself involves self-confidence? The media wants to believe we’re shallow. We’re portrayed as the “twerking generation,” not the generation that has people like Tavi  Gevinson and Malala Yousafzai already making history. But we are; teenage girls are the future whether you like us or not, so please, listen to what we have to say.