Join in the conversation. We began this dialogue on November 21st, 2013. This is part 2, but don’t hesitate to join in!
RSVP on Facebook
Download, print or share the flyer 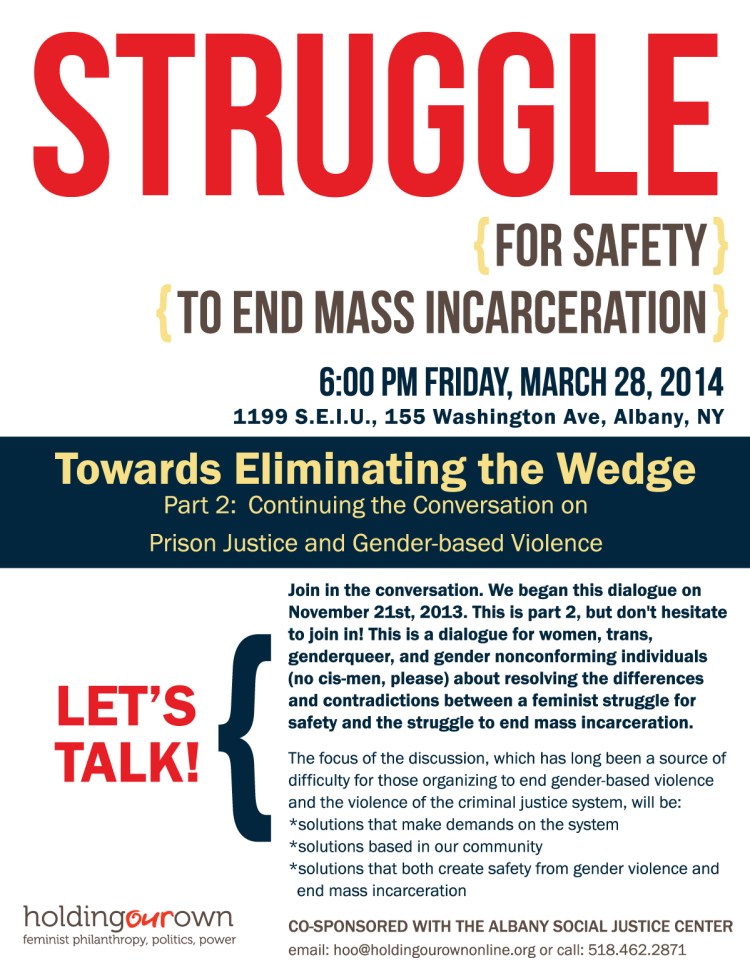 There is a conflict between the mainstream movement to eliminate gender-based violence and the movement to end mass incarceration. But here are some basic truths:

Let’s talk! This is the continuation of a dialogue for women, trans, genderqueer and gender nonconforming individuals (no cis-men, please) about resolving the differences and contradictions between a feminist struggle for safety and the struggle to end mass incarceration.

Co-sponsored by Holding Our Own, Inc. and the Albany Social Justice Center