Victorio Reyes is a poet and Executive Director of the The Social Justice Center of Albany.

Three years ago, I decided to return to school to pursue an MFA in creative writing. As a poet, who came from the spoken word and Hip Hop schools, I was surprised by how many corners of the literary world are resistant to overtly politically themes in poetry. This revelation left me questioning my role as a poet. Enter Adrienne Rich. Rich, like many other wonderful poets, was never afraid to address injustice in her work. In fact, she made it her life’s mission to chronicle a narrative of resistance, through her poetry, against patriarchy, racism, and imperialism. Her contribution to the world of radical poetics has been invaluable to me as I attempt to channel my voice as an instrument of revolutionary change; for this reason, I am profoundly honored to offer this essay to the world, on the anniversary of her passing. 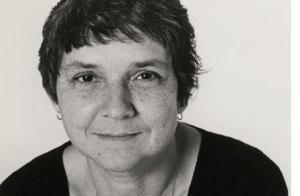 A PERSONAL JOURNEY FOR JUSTICE:
Traveling to Adrienne Rich’s The Dream of a Common Language

Reading Adrienne Rich is like reading the insights of a world traveler who journeyed exclusively to the inner spirit. Her poetry is courageous to the point where she has little company in her resting place, as a poet with no real peer. It is difficult to leave any of her poems feeling like you haven’t met Rich in person. A master of self exploration, always within a larger context, Rich explored her fears through poetry in the name of evolution. Her themes were unmistakably clear: love, sex, Manhattan, and social justice.

Margaret Atwood once pointed out that Rich was first and foremost “a good Poet” (Atwood 1973). This is important to understand, as Rich’s mastery of poetry affords her the opportunity to display the highest level of craft without compromising on principal. She is a social justice poet in the truest sense of the word. And while many poets who have insisted on including social commentary in their work have been criticized as having less skill than the “greats,” it is impossible to throw such a critique at Rich. This fact does not prove the points of those who discredit the “poetic” merits of such others as Amiri Baraka, Sonia Sanchez, or Langston Hughes, but quite the contrary: Illuminating the skills of Adrienne Rich’s writing serves as proof that the great “social justice” poets engage in a more difficult path, a fearless path. When artists successfully navigate this pathway, carefully blending the creative manipulation of language with voices that speak truth to power, they reach new limits in creativity.

The book, The Dream of a Common Language, originally published in 1978, was written in the midst of Rich’s lifelong odyssey inside herself and is the first work where she dives into her identity as a lesbian (Rich 1978).  For this reason, The Dream is an excellent source for the type of courageous poetry that is the hallmark of Rich’s legacy.  Rich makes it clear that she intends to challenge social constructs, personal boundaries, and systems of injustice in her work.  The book delves into each of these themes in its three sections titled: Power, Twenty One Love Poems, and Not Somewhere Else, But Here, with each segment offering a different vantage point. A careful trek through the entire work, visiting the themes of love and sex, resistance against personal restriction and the illumination of overt social ills in Rich’s poetry, will uncover a diagram for challenging social injustice through artistic expression.

One of the greatest examples of Rich’s exploration of sexism and social injustice is the poem “Hunger” and it fittingly appears in the first section of the book, Power. It is also fitting that the poem is dedicated to Audre Lorde. Lorde and Rich shared a kinship as radical lesbian poets. While Lorde strongly identified as a lesbian “of color,” and is even credited with coining the term, Rich was a Radcliffe-educated white woman with upper middle class roots. Rich is not afraid to highlight these differences when she wonders out loud if it would be better to commit suicide than let “a black lesbian die,” placed within the choice of suicide or famine. Rich challenges the idea that accepting famine, a life without opportunity to thrive– starving “herself to feed others”, is somehow nobler than killing oneself as a means of escape. She also acknowledges the unique station of being a black lesbian living under such stratification and gives a name to the enemy responsible: the “male god” and “male State.” Rich continues by saying that she is “open,” displaying her distaste for the personal restriction that clearly serves the agenda of the “male State.” She also acknowledges that she fears her own power.  Talking to Lorde presumably, Rich says, “we are scared shitless.” Scared shitless to use love as a tool of resistance. Rich reaches the apex of the poem when she makes the bold claim that feeding the world has not been chosen by revolutions past because feeding the world would require that “women shall be free.” Here, Rich lays down a fundamental claim of her work: that social injustice, particularly the unjust treatment of women, on many levels is the base reason for lack of prosperity of the individual and the world. It’s the tension between the personal and the political that reveals the urgency of Rich’s claims in this poem.

Rich wrote The Dream of a Common Language in the middle of her career. Nestled dead in the middle of the book are Twenty One Love Poems; because of their location in the book we can view them as the center-point for Rich’s lifelong internal odyssey. Originally published individually, the poems contain all of the attributes associated with Rich’s social commentary.

In “V,” she subtly exposes the exultation of dead male European writers and how their notoriety obscures an indeterminate number of women’s voices, “burned at the stake.”  Here, Rich is highlighting her development as a poet, classically trained and influenced. It is at this point in Rich’s journey that she begins to flip the tables of the canon, exposing the imperial nature of European society and its complicity in the oppression of women.

Rich is more internal in “VII,” where she mourns her “failure to want freedom passionately enough.” In this poem, Rich exemplifies one the most powerful attributes of personal examination as a method for exploring social justice: accountability.  Rich holds herself accountable when reckoning against the forces responsible for injustice and suggests a certain level of complicity on her part.

In “XV,” Rich is also quite personal when she writes “Only she who did not choose is the loser in the end.”  On the one hand, Rich reveals her own privilege when she appears to gloss over the difference in her opportunities to make choices compared to others with less means and privilege. At the same time, she highlights one of the most fundamental core themes in feminist literature: the power of choice without apology. The voice of Rich, in this poem, embodies a sensibility reminiscent of Janie in Zora Neale Hurston’s Their Eyes Were Watching God (Hurston 1990). She embraces the power of unrepentant self-determination, an inherently feminist principle. The bold pronouncement of Twenty One Love Poems is that no one will be protected from Rich’s critiques, herself included. At the same time, Rich explores the intricate pathways of love as a conduit to the wide ranging and critical emotions she’s experienced.

While “Hunger” focuses on very specific targets of repression, and Twenty One Love Poems highlights love as a pathway for exploring injustice, “A Woman Dead in Her Forties” digs deep into grief and despair, leaving the reader to extricate the implications of the work regarding social justice. The poem exemplifies the sentiments of the final segment of the book, Not Somewhere Else, But Here, which alludes to the intensely personal journey that Rich concludes with. She explores her relationship with a woman who’s had a mastectomy, discussing how she would touch the scars if she could, the scars serving as a metaphor for the many wounds women have to suffer. The fact that she never did touch the scars symbolizes the distance between them. The distance is an expansion on the themes of self-repression and restriction, explored throughout the book, born from sexism and gender roles.  Where does this distance come from? She touches on the origin when she talks about the other woman’s “neo-protestant tribe” and “Calvinist tradition.”  Here, religion plays the role of the “male State.” By exploring this highly personal relationship, Rich is able to illuminate the emptiness that can exist between women.  She writes, “You are every woman I ever loved and disavowed.”  The distance between her and the woman highlights the canyon that separates many women from each other. “I am half afraid to write poetry for you,” she writes, and, again, we find Rich exploring her own fear and holding herself accountable. The final nail in the coffin is sunk when she writes, “we never talked at your deathbed of your death.” It is the silence, the unspoken feelings, that serves as the vehicle for exposing the effects of personal restrictions on the relationships between women.

When viewed within the larger context of the book, you can only conclude that the “male State” is to blame for the hush; male domination is the culprit in compelling women to hold back, restrict themselves, and deny connection with other women, women they love.

And Rich also acknowledges that she is partially responsible for her predicament, as is the women with the scars. By exposing the intricate nature of interpersonal relationships, Rich has established a provocative angle for charting the impact of injustice in society.

Challenging injustice by travelling to the inner most corners of her soul, Rich provides a treasure map, of sorts, that plots a course the rest of us can follow. Rich, never afraid to cast blame on herself, is clear about where the lion’s share of culpability should fall.  For Rich, the “male State” is not a symbol, but rather a breathing entity responsible for amaranthine oppression. The most obvious place where she confronts the effects of injustice is in her own life—the restrictive prism through which she was taught to live and the devastating affect it had on her psyche and that of other women. She also celebrates the power of breaking from these restrictive chains and sketches a route towards liberation through self exploration. Rich’s condemnation of the “male State” — be it the affinity we maintain towards canonical artists or the sacrifices we demand/expect of women in the name of religion— serves as a reminder of the nature of injustice. Rich’s literary legacy, her blazed trail, is so vast that it’s difficult to encapsulate. Her extraordinary ability to chart: the subjugation of women through coerced gender roles that restrict the ability to thrive and grow, the hierarchy of oppression against women from different backgrounds, and the incrimination of oneself when failing to actualize self-empowerment, establishes her as a social justice poet in the truest sense. While it would be misguided to suggest a single destination to epitomize Rich’s career, The Dream of a Common Language is an instructive point on Rich’s landmark journey; because, not only does she welcome us into her heart and mind, but she also teaches us to follow her lead by uncovering the most important destination in the journey for justice, the rugged terrain within ourselves.