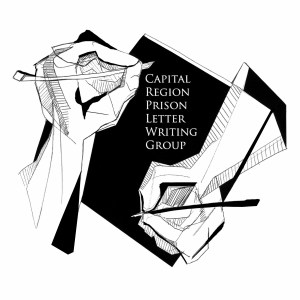 “You asked, ‘What’s on your mind today?’ The whole time I’ve been in prison not one person has asked me that question. Thank you. …I’m still alive and it doesn’t matter how many times I have fallen. It’s how many times I get back up that counts.”

The quote above is taken from a letter I received from a woman in North Dakota. She likes the outdoors, laughing, and reading books, and hopes to be a substance abuse counselor. Having committed a minor, non-violent drug offense as a woman of color, she is currently behind bars and a member of one of our furthest stigmatized populations.

According to the American Civil Liberties Union, the number of women behind bars is increasing at an alarming rate, with over 200,000 currently incarcerated. Even more disturbing is the fact that many of these women are being punished, rather than rehabilitated, for their non-violent responses to traumas, as “a reported 85%-90% have a history of domestic and sexual abuse.” It has become evident that feminist efforts need to explicitly adopt incarceration as a women’s issue.

Abolition is the goal, and we are making strides in that direction; while we fight for progress such as time-caps on solitary confinement, however, what difference does it make if there still remain individuals with few to no connections to the outside world? Political prisoners and high-profile prisoners receive support (though that, too, is limited)—but what about all of the other CeCe McDonald’s? In using figureheads to shed light upon the issues faced by marginalized populations, we forget that there are indeed individuals who were in similarly appalling circumstances but perhaps their story lacked the finesse to appeal to the media. Perhaps they did make a mistake, and they have acknowledged they made a mistake, yet they are swept to the wayside while we continue tacking “broader,” “political” issues, more comfortable treating those in prison as empty subjects than products of a society- our society- which failed them

Some women have cited the only companionship or camaraderie they experience inside our prisons as their affairs with prison guards, which are sometimes acts of violence and coercion, and other times out of circumstance, the only beating heart in their proximity. Women’s prisons are facilitated by male guards who treat the incarcerated as prey. Women identified as trans and legally classified as men carry out sentences in men’s prisons and too are seen as prey.

One transwoman who I spoke with said that this lust was far from a problem in her experience, but something she was able to enjoy, joking about the easy access to romantic affairs she and her peers were able to have. The problem, however, lied in the fact that this became the sole source of intimacy provided to her. Prison became a community, which made the time there something bearable, yet problematized life on the outside world in which it seemed no such community was willing to accept her. As Nina in California says, “Let me enlighten you to an even greater threat to transwomen in prison than a man’s sexual lust: loneliness. We need to understand that in prison loneliness is the one emotion that has the ability to cripple your mind, body, and soul.”

Loved ones who may have initially kept in close contact pass away, or become too distressed to maintain contact after thirty-some years of harassment from prison guards, with visits prohibited for reasons as trivial for the color shirt they are wearing. Whatever the case may be, remnants of the outside world become further and further removed from the reality of elderly who have been serving longer sentences, and whose insights may be a blessing to some of us on the outside if only there were an outlet for them to express it, or if only they thought someone would listen.

As someone who has never been incarcerated and maintains a certain degree of privilege, my initial experience in writing letters was intimidating; how could I relate, or what could I write to them beyond a short note? It became clear, however, upon receiving a five page response to my meager greeting that the point was not to do the talking, but to step back and listen to voices that have for too long been suppressed.

While a letter may not be the end to the chains of abuse entangled within the lives of women in our criminal justice system, it can offer the immediate assurance to its recipient that they are indeed human and deserve to be treated as such, a reminder that survivors of any sort know can be a turning point in the healing process on a personal, and therefore political, level. Rather than take my word for it or let me continue speaking as an ally, listen to the voices of these women themselves. They are out there and they are strong; they are just waiting to be heard. Now write.

Capital Region Prison Letter Writing Group will be meeting at 7PM every other Sunday at the Social Justice Center of Albany, NY. Stamps, stationery, contact information and support will be provided, and letters can be addressed to and from the SJC. For more information check out the Facebook page at Facebook.com/crplwg or email Stephanie at stephaniemkaylor@gmail.com