Note: This post will be followed quickly by another detailing the schedule of opportunities for public input (that we know about).

There has been surprisingly little public debate to date over the proposition of a new casino in the Albany area considering the huge impact it will have on the community.  The proposal for the construction of local casinos and gambling is quickly making its way through the system, leaving far too little time for the members of the community (those who will be most affected) to receive accurate information about how the city, their homes, and their lives will be impacted.  Those in favor of the casinos are supporting the argument that it would result in an economic boon for Albany, increasing property taxes and creating jobs.  However, there is abundance of studies that have been done in other cities where casinos have been opened that tell a different story.

According to Steve Barnes, the author of a study about the impacts of a new Casino opening in Toronto, Canada (2013), many of the jobs associated with casinos are relatively low wage and low skill, such as hospitality and cleaning, in addition to service jobs like waitressing and bartending.

Barnes also offers evidence that many of the jobs that casinos “create” come at the expense of employment in other industries if consumers substitute gambling for other consumption.  Thus casinos may very well take away good jobs and replace them with bad jobs.

“Casino construction and operation can, but does not necessarily, mean job creation and growth …  a Illinois study … indicated that for every job created, local businesses lost one or more jobs.” [3]

“The initial expansionary effect that casino gambling brings to a state’s consumption menu as a new good is simply dissipated through the state’s economy over time. That is, after an initial push to the state’s economy, the casino effect loses significance and wears out… In effect, as the casino industry expands, other businesses and industries may contract (p. 603).” 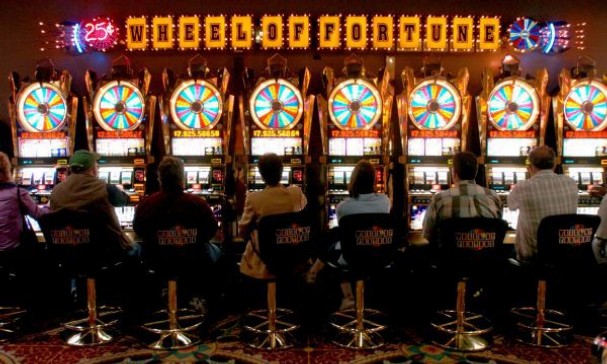 These aren’t the only ways that local economy will be affected, though.  First, from a study conducted in 1999, The National Gambling Impact Study Commission reports

“lifetime costs (bankruptcy, arrests, imprisonment, legal fees for divorce, and so forth)” are estimated “at $10,550 per pathological gambler, and $5,130 per problem gambler.”[9]

Second, again from the PICA report in 2007, economist Earl Grinols,”put the cost of apprehension, adjudication, incarceration, and regulation at between $20,500 and $45,700 per pathological gambler per year. The Mayor’s Gaming Task force estimates Philadelphia’s diagnosable pathological population to be as many as 9,450. Even on the low end of the estimated cost per pathological gambler, if Grinols’ numbers are accurate, the costs would be close to $200 million.”[10]

The IAV report cites a Canadian study that finds that the 75% of casino customers who play only occasionally provide only 4% of casino revenues. It’s the problem gambler who keeps the casino in business. (http://www.cnn.com/2013/09/24/opinion/frum-casinos-harm/)

Steve Barnes’ study provides even more information about the dangers of problem gambling, saying that there is a clear link between the availability of casinos and increases in problem gambling (2013).  A study in Niagara Falls that he references found that rates of pathological gambling increased from 2.5% to 4.4% of the population in the one-year period after the first casino opening.

Problem gambling increases stress, harms financial well being, is linked with increased crime, contributes to job losses and lost work productivity, and can lead to addiction.  It can lead to an inability to pay for essential items like food and housing.  It increases the need for medical care, policing, courts, prisons, and social assistance, all of which represent significant public costs.  It also contributes to individual and community level hardships that have social and economic costs like business loss, bankruptcy, family breakup, fraud, theft, and homelessness.  There are also clear links between problem gambling and problem drinking, a combination that increases risk of intimate partner violence (Barnes 2013).

Not all populations are at equal risk of problem gambling.  People who are living in poverty are more likely to spend a higher proportion of household income on gambling than higher income households because living in poverty is associated with increased financial risk taking.  Also those who are likely to experience unemployment and underemployment, which can lead to poverty and increased risk taking, as well as those who are experiencing high levels of social isolation, are likely to problem gamble.  Finally, seniors and young people (like college students) are also more likely to have problems with gambling because they are on fixed incomes, as well as accumulated savings for seniors (Barnes 2013).

As far as the impact of casinos on local property values, it is “unambiguously” negative, according to the National Association of Realtors. Casinos do not revive local economies. They act as parasites upon them. Communities located within 10 miles of a casino exhibit double the rate of problem gambling. Unsurprisingly, such communities also suffer higher rates of home foreclosure and other forms of economic distress and domestic violence.  (http://www.cnn.com/2013/09/24/opinion/frum-casinos-harm/)

“[S]tate-sponsored casino gambling … parallels the separate and unequal life patterns in education, marriage, work, and play that increasingly divide America into haves and have-nots. Those in the upper ranks of the income distribution rarely, if ever, make it a weekly habit to gamble at the local casino. Those in the lower ranks of the income distribution often do. Those in the upper ranks rarely, if ever, contribute a large share of their income to the state’s take of casino revenues. Those in the lower ranks do.”  (http://www.cnn.com/2013/09/24/opinion/frum-casinos-harm/)

Finally, what does opening a casino mean for the crime and prison rates?   According to a study done by Ricardo Gazel, Dan Rickman, and William Thompson (2001), they found “that the existence of a casino within the boundaries of a county led to an increase in the county’s crime rates. The results also suggest that a strong spillover effect took place across space, with counties adjacent to casino-counties experiencing higher crime rates (65).”  In addition, “crime may also increase because of the effect of debts incurred by resident gambling, particularly pathological and problem gambling (Gazel et al. 2001, 67).”

They saw “that the opening of a casino in the county significantly increased index crime at the .10 level. The existence of a casino within the boundaries of a county led to a 6.4% increase in the county’s index crime rate during 1992-1994 (Gazel et al. 2001, 69)” and “Violent crimes, consisting mostly of aggravated assaults increased 32.1% with the opening of the casinos, (70).”

There is obviously a lot to consider before jumping to support the proposed casino.  Perhaps those in power are blinded by the money they are predicting they will make, or maybe they are simply dazzled by the glitz and glamor they associate with casinos.  Either way, it’s time to hear what YOU have to say.  Please comment with your thoughts and opinions!