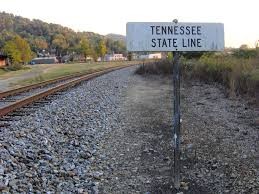 On Tuesday, April 29th, Tennessee Governor Bill Haslam, signed into law the first law in the United States that authorizes the arrest and incarceration of women who use drugs while pregnant. Women in Tennessee can now be prosecuted for assault if they take a narcotic drug while pregnant and the baby is born addicted, is harmed, or dies as a result. However, the law states that criminal charges can be avoided if the woman completes a state drug treatment program. This law will be effective as of July 1st and will be in effect until 2016 at which time it will be revisited.

Haslam states that this law is not intended to harm pregnant women but to encourage them to seek treatment as an alternative to jail time. In a Huffington Post article, he states “The intent of this bill is to give law enforcement and district attorneys a tool to address illicit drug use among pregnant women through treatment programs.”

Most people can agree that it is a terrible tragedy for babies to be born addicted or harmed in any way by drugs – but is the criminalization of pregnant women the way to address this problem? Will the threat of incarceration versus treatment suffice? I do not think so, and I am not alone. Advocates for women and reproductive health believe that the bill will likely scare women away from seeking prenatal care and addiction treatment. This also does little to help low-income women, women who already have children and single mothers who cannot step away from their families in order to attend treatment programs in the first place. According to RH Reality Check, only two of Tennessee’s 177 addiction treatment facilities provide prenatal care and allow other children to stay with their mothers during treatment. Only 19 programs provide any addiction care for pregnant women. This law that is supposed to protect babies from harm may actually harm babies further because it could dissuade women from getting life-saving prenatal care.

This bill is harmful to all pregnant women who struggle with substance abuse in the state of Tennessee, but it particularly has an effect on poor women and women of color because it singles out street drugs rather than more common drugs such as alcohol or prescription medication. Tamar Todd, senior staff attorney for the Drug Policy Alliance states that these drugs are targeted largely because of the populations who use them. As we have historically seen with “War of Drugs” legislation, the populations that suffer most from these bills are ones that are already under surveillance; poor neighborhoods that are constantly watched by the police and families who use public assistance.

Even if you do not live in Tennessee, this legislation influences everyone because it is the first of its kind to be signed into law. It also speaks volumes about our country’s punitive culture. The United States incarcerates 2.3 million people. The U.S. holds approximately 5% of the world’s population but accounts for 25% of the world’s prisoners. That makes the United States the highest incarcerator in the world. Legislation that supports this system of punishment should not be tolerated. Drug treatment programs need to be made more accessible for women who have families and who need pregnancy-related health care. Community investment should be fostered so that the criminal justice system is not the only solution to issues of crime and addiction.

The health of pregnant women and their babies is vitally important – and a baby being born addicted to or harmed by drugs is terrible. However, punitive measures are not the answer and unless we seriously start thinking about alternatives to incarceration and punishment, the health and well-being of our communities will not prosper. The underlying issues associated with crime and addiction need to be addressed: poverty, racism, distrust in law enforcement, and lack of sufficient community resources.

You can oppose The Pregnancy Criminalization Law (SB1391) by writing to Governor Haslam: