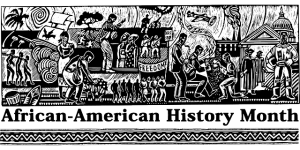 Within the month of February comes a few dates that are considered to be National holidays; whether it’s about love, dead white men, a big rodent who determine the weather to come, or most recently the viewing of a sport that only Americans understand, but there’s only one month that celebrates the memory, the achievement, and pays homage to an entire race.

Recently I went to see the film “Dear White People: A Satire about Being a Black Face in a White Place”, by Justin Simien. Three words…Black actors rock!! The film was comical, witty, and shocking. It’s unexpected twist and turns opened the door to many arguments and discussions that exist in today’s African American community such as the ever more complex issue with identifying as Black, the concept of the Black token, the Black voice and the need to protest, Black sexuality, and interracial relationships.

I enjoyed this film mostly because it exposed the issue of white supremacy within institutions that pride themselves on their diversity, and it spoke not only to the intended audience as identified in the title, but also to other races including Black people. One could argue that this film can be reflective of America as a whole.

One thing to think about this month and keep in your mind for future reference is how do we as people living in America, home of supposed freedom, liberty, and justice for all deal with issues of oppression not just among one specific race, but within the intersecting oppressions that make us the melting pot we are. Black history month is more than just a reminder of what has happened in the past, it is a call for attention and action for what is currently happening. It’s a time to speak up and stand up for those in our LGBTQ communities and no longer separate ourselves from the oppression placed upon them. Until next time.