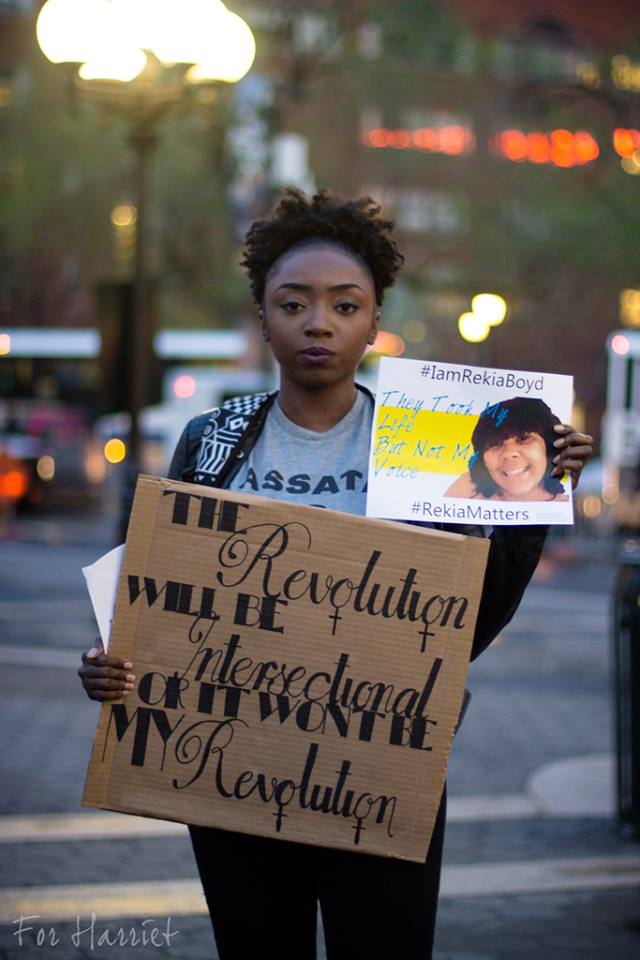 a natural outgrowth of the groundbreaking Black feminism of the Combahee River Collective et.al. in the 1980s, intersectionality is a 30-year old concept developed by Kimberle Crenshaw and shared by many activists and organizers across and within multiple contemporary movements. i tend to think of it as the ability to think, walk, and chew gum at the same time: to synthesize more than one aspect of identity &/or community with respect and in equal measure while mapping webs of connection and struggle, externally and internally, across interlocking systems of oppression in order to achieve the broad-based liberation of multiple communities.

unless one is trapped in linear thinking, the concept is a lot simpler than it sounds: e.g., i am of Afrikan heritage and bi-ethnic (1/2 Jamaican, 1/2 Afrikan American) and a person of color and a child of an immigrant and a U.S. citizen and queer and a woman and cisgendered and femme* and of size and disabled and highly sensitive and radical and poor and middle-aged and…and… these are all aspects of my identity.  these are all sites of struggle.  in addition to the beauty of my own uniqueness, i bring the magical synergy of these multiple aspects that combine in wonderful ways to my communities at all times. we all do. the oppression &/or privilege we experience fluctuates relative to whatever social context we are in, and we need to be cognizant of and responsible for those dynamics within community.   i take alla me with me wherever i go, and, when it comes to fighting for social justice, we need to take alla us with us wherever we go.

“Ideas are easy. It’s the execution of ideas that really separates the sheep from the goats.”
~ Sue Grafton

all oppression is connected, pervasive and mutually reinforcing.  when grassroots organizing, radical activism, and popular education/cultural work are rooted in intersectionality, none of our survival struggles are subject to being shelved or stepped on in the name of some twisted, sordid (and usually self-serving) strategy of  “first us, then you”. HELL NAW.  first of all, quiet as it’s kept, ain’t none o’ us free ‘less we all free. not here for no single issue struggles cuz we don’t live single issue lives, to paraphrase mama Audre Lorde.  no such thing as ‘situational liberation’.

get used to it.

instead, fighters for social justice, revolution, and real liberation must web connections, open up transparent accountability, and elegantly utilize a wealth of creative cultural strategies.  we must engage the work with laser-sharp critical thinking, alive imagination, boundless vision, courage, and true collectivity.  we must deepen our empathy, compassion, and self-care so that we can show up, recognize, and heal the violence lying within and among us wrought by oppression.  we must sustain ourselves and each other.  we must dance, we must laugh.  we must love, we must live.  intersectionality encourages us to deal with the complexity of our communities, our struggles, our relationships to power, and evolve.  these are the ways we wage war for our freedom, and survive.

we must plait our selves, our journeys, our dreams into fierce, beautiful baobab trees that are ripe of fruit, and feed & flower ourselves for many generations to come. ❀ 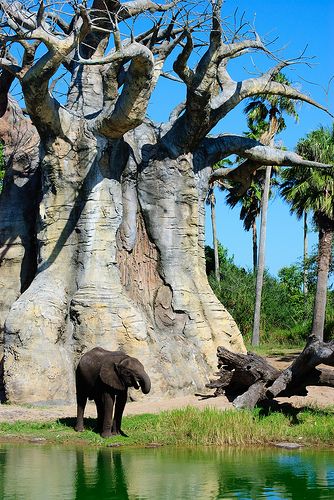 want to explore intersectionality as it relates to police violence in U.S. Black communities? check out these articles and the sample case below: 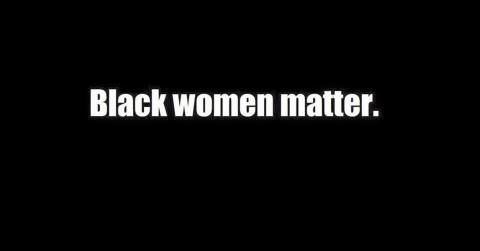 …TOO, for the Black community,

along with Black & multiracial

and other gender nonconforming folx.

to be clear, ALL beings everywhere matter.  i know of no disposable lives.  however, this call has been amplified to challenge the current context within many Black communities in the U.S. of Blackness being conflated to only signify presumably straight, gender conforming Black men.  there are so many others of us, so many whose lives are also in a constant state of peril.  this conflation works to void the significance of our lives within our own communities.

one recent painful example is the awful indifference shown toward the unjustifiable and still legally unaccounted for murder of 22-year old Rekia Boyd, shot and subsequently killed by off-duty Chicago police detective Dante Servin on March 21, 2012.  Servin drove the opposite direction on a one-way street and fired five rounds over his left shoulder into a crowd at Douglas Park while sitting in his unmarked vehicle following a verbal altercation with another person.  Rekia was shot in the head and died less than 24 hours later.  according to the Huffington Post, “police initially claimed a man in the group approached Servin with a weapon, prompting Servin to fire ‘fearing for his life.’  the Independent Police Review Authority later stated they found no weapon at the scene and that the man was reportedly holding a cell phone — not a gun.”

the following is excerpted from an online article posted by the Inquisitr on 4.21.2015:

Dante Servin, the first Chicago cop to face criminal charges for shooting and killing another person in 15 years, was acquitted Monday of all charges in the slaying of Rekia Boyd, a 22-year-old innocent bystander who was racing for cover from a barrage of shots fired by the off-duty Servin over his shoulder while the Chicago detective sat in his car.

But while incidents of police officers killing unarmed citizens then getting off free, often with no charges at all, have become all-too-familiar in recent months, the reasons given by Cook County Judge Dennis Porter for letting Servin walk are being called “incredible” by legal experts — who say that though the judge prefaced his decision by declaring, “this is a court of law, not a court of emotion,” his legal reasoning was tortured at best.

The judge handed down a “directed verdict” in the Servin trial Monday, meaning the cop’s defense lawyers never even needed to present their case, and a jury never issued its own decision. Instead, the judge found that the law — in his view — did not support a guilty verdict no matter what the defense might have presented.

His reasoning? Basically, Judge Porter said that Servin should have been charged with first or second degree murder. Instead, prosecutors charged him only with manslaughter and with recklessly discharging his firearm.

Because the judge found that Servin was probably guilty of the greater crime rather then the less serious one, he could not be convicted of anything at all.

broad Black community reaction to this case has been shockingly indifferent and intensely painful, echoing the experiences of the very many of us in community who don’t fit into the straight Black male paradigm.  no one rises for us — but us.  no one even knows our names.  in Rekia’s case, and in other recent tragic deaths by police of Black trans folx/queer folx/women, this indifference is betrayal.  Servin’s acquittal arises against a backdrop of many thousands of Black community members across gender and sexuality consistently flowing with volcanic outrage at the unchecked brutality and unpunished murders of many presumably straight Black men by police officers during the last several months.  whether on the streets within U.S. borders or in acts of solidarity around the world, collective actions with allies have called out their senseless deaths, including the horrific murder of Freddie Gray literally at the hands of Baltimore police officers.  the streets rocked with fury on Freddie’s behalf — explosive, enraged, incensed — less than a week after the acquittal of Rekia’s murderer was met with undisturbed silence.  hmph.  i guess she wasn’t “we”.

where will you be when they come for me?

so yes, YES, of course all beings matter across spectrums, species and galaxies.  and YES, yes, struggles with living out intersectionality are not at all unique to Black communities.  in fact, they often corrupt many of the ways we configure personhood and social formations.  oppression is so pervasive that we tend to replicate its footprint if we are not intentional.  as always, there are those who benefit from the ways we silence ourselves, our survival struggles, therefore YES, the challenges we face in living out intersectionality are not unintended occurrences.  oppression has always sought to keep us stuck in its mire.  even so, it shatters the heart to consider the level of dialogue we are still at with one another within these so-called communities: begging consideration of our lives.  our worth.  begging us to matter.  to each other.

it shatters.  it scatters us from ourselves.  it kills.

yet what intersectionality and our survival demand is for us to pick up these broken bits of our selves and our struggles, and stitch them more firmly together into new patterns.  we must collectivity deepen our understanding of our socio-economic and political conditions, the ways oppression manifests its poison within & between us and our fellow oppressed kin, and destroy the root causes.  we must value who “we” are however “we” configure ourselves while honoring our rich complexity and soul ties to other oppressed communities.  we must show up for ourselves and for each other.  alla we exist in war zones around this world and our absences from each other have perilous consequences: if we don’t fight fiercely to protect and preserve all of our lives, if we don’t hold each other dear amidst serial genocide, WHO WILL???

“As a Black woman, these moments remind me that I live in a society and work in a movement that insists on prioritizing the lives of Black men over women,” Nakisha Lewis, a strategist and organizer with Black Lives Matter NYC, told Mic.  “There is a special gut-wrenching pain that is present when the victim is a Black woman, because their deaths will go unnoticed by the general public.  And there will be no protests nor national vigils in their honor.”

psst…on a not so SIDE NOTE:

FAIR WARNING: i might have to pluck an Adam’s apple the next time i hear the term ‘Black’ (without further modifiers) being used not as a collective community description but instead to solely reference cisgendered and presumably straight &/or gender conforming Black men — rendering the rest of us null and Black-less.

u will bleed out from the throat.

‘n if ya don’t have an Adam’s apple, you WILL gush blood from your voice box all the same.  proceed at your own peril ~ in every sense of the phrase.  i’m keeping my nails sharp. ❀ ❀ ❀ in the spirit of no invisible labor and in honor of collective births, i happily offer my love and gratitude to the following fellow kin around the cauldron in which this post was brewed ~ all of whom so generously and informally added their patient support and eager encouragement to the pot.  sorceresses all, without their potent spices, watchful eyes, veiny arms and warm cloaks, this witch’s brew would be so much less tasty:

i hope that some glint of what has been offered here at this stage in our personal evolutions, shared analysis, and trust in one another may be of use to our beloved communities in their popular education/cultural work, community-building, radical activism, and/or grassroots organizing efforts.  may any tinsel found help sparkle the new pathways we need to create to gain our liberation.  🙂